Hello everyone.
so, to to quickly summarize : electric fat bike project in 48v.
not yet decided which engine to install (tsdz2 / bbshd / hubwheel) but the bbshd is still an option, but an expensive one so i have to measure twice, buy once.
the bike arrived recently, confirmation of the BB in 100mm and i wonder which version (width) of the bbshd buy for my frame.

and that's where you come in (I hope):
I have some measurements, photos and some points to clarify, if you could confirm me this:

so I made a paper template based on the measurements that I had found for the bbshd , taking a bit wide to be sure: a base of 130mm in diameter for the motor-case touching the frame bottom bracket. 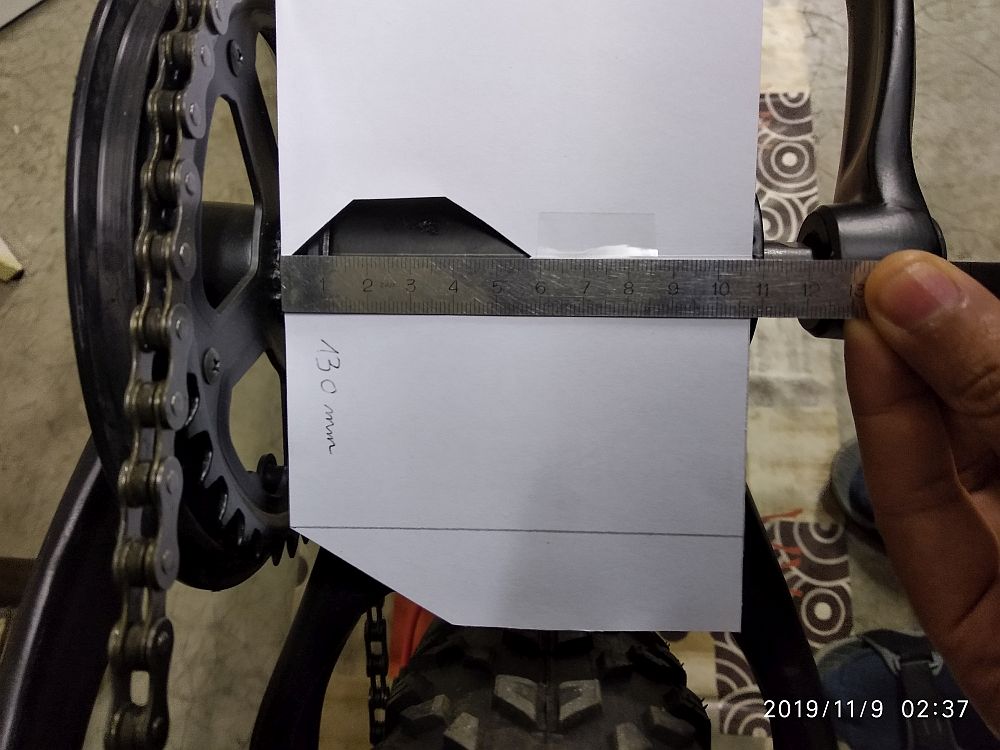 obviously if I put that 130mm stuck to the bottom bracket, it touches the chainstay.
on the other hand if I distance 8 to 10mm from the BB, I have at least 3mm margin at chainstay.
no problem for 8 to 10mm spacer on the motor side?is it not too much ?
i know i will have to provide +/- the same spacing for the triangle mounting plate, with adequate bolts length.

finally a photo of my current original chain line: 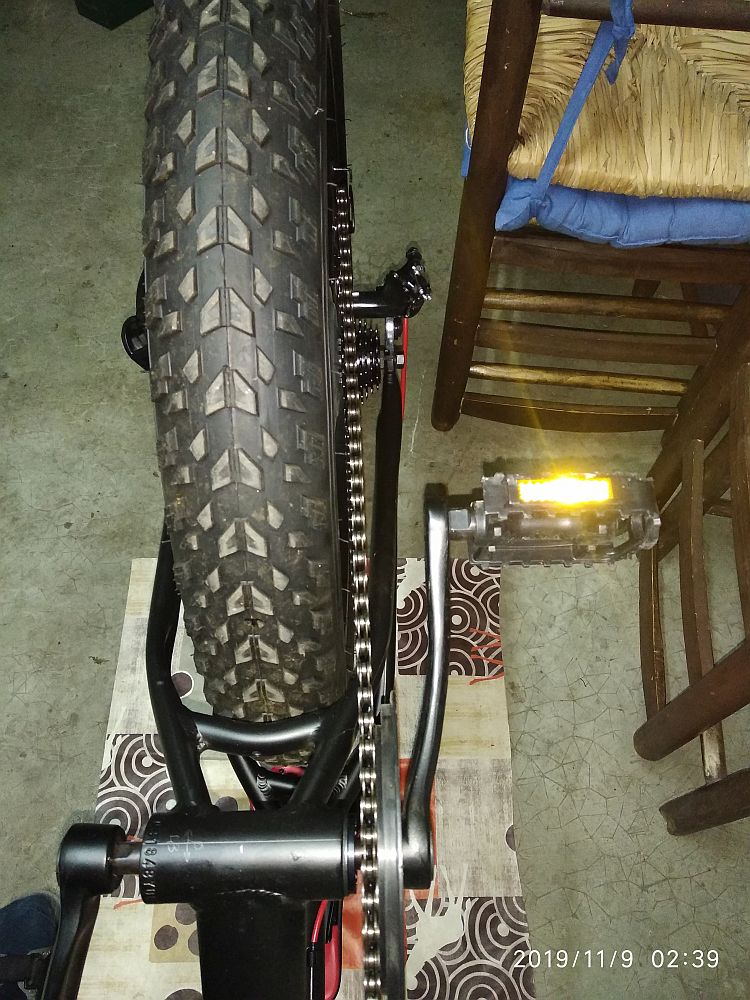 with the original front chainwheel that works slightly angled inwards to the big gear, I have about 1cm of spacing at the side of the tire.
if all goes well, as described above, I should go with the bafang to find myself pretty much in similar measures.

so for you is it all good, I can get started? or i missed something ?