I need to know what specs to look for when replacing a Tongsheng TSDZ2 crank. Everyone says "square taper" and stops there, but there are 3 2 different kinds of square taper: The measurements above are "the width across the narrowest part of the flats (end of spindle)".

I'm tempted to assume Tongsheng (obviously Asian) is JIS, since JIS is for Asia. This implies Lekkie can't claim their Buzz Bars to replace both Bosch (German/BNI) and Bafang (Asian/JIS).

Update:
I think I have it sorted now. Indeed there is some misinfo out there (the Lekkie catalog in particular). Here it says: "These cranks are ISIS fit for Bosch Performance, Performance CX and older type Active Line. They will not fit the 2018+ Active Line / Active Line Plus motor which uses the smaller Bosch BNI Interface." So this implies the star interfaces are: Bosch may have had some square tapered cranks at some point but such things are rare in any case.

JIS cranks could almost be installed on an ISO spindle, but they would bottom out which is not good (fit too loose): 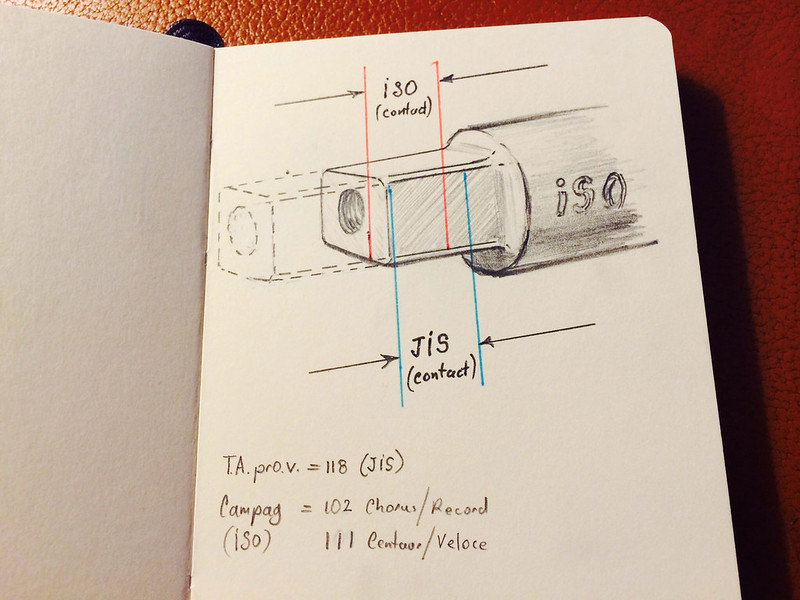 This is the ISIS design (also 10 teeth):