Talk about anything and everything here within reason.
Post Reply
329 posts

dogman dan wrote:All good picks. I've been using the catchphrase "we have a failure to communicate" for years.

I like to mock authority with the claim that "I've got my mind right, boss." And, in reference to authority figures violating the Constitution, I like to quote, "Aw, callin' it your job don't make it right, boss."
Last edited by gogo on Sep 12 2015 8:45pm, edited 1 time in total.
"A conclusion is the place where you got tired of thinking." -Steven Wright
Top

Ebike alert in both of Jeff Bridges' 'TRON' and 'THE GIVER"!
Tron's might be more of a quantumelectric bike though *wink

Also maybe some of you will like the retro look of The Giver. Might feel at home

I guess I think Jeff has pretty good taste in movies he takes, and it's cool that it's a multigenerational thing with that family, although Lloyd seemed to be known just for comedy? http://www.imdb.com/name/nm0000978/?ref_=nv_sr_1

Ps, I've seen more black and whites and old war and westerns than I can remember. Casablanca, Coolhand Luke, and Butch Cassidy are perhaps some of the most famous. Film has certainly had it's impact on culture. Hell, culture has an impact on culture.
I particularly remember the 'Thin man' movies. http://www.imdb.com/title/tt0025878/?ref_=nv_sr_1
bht dual fw parallel midrive
"time flies like an arrow, and fruit flies like a banana"-Anthony Oettinger
Top

Secret Window with Johnny Depp
Watched that one last night, with a glass of 1/2 Almond Coconut Unsweetened Milk and Almond 1/2 Chocolate Milk.
It sure beats dairy milk. Plus its refreshing and new.
Theres a documentary movie on Netflix on how dairy milk is bad for you.
There is a reason why baby cows are weened off it early.
Then all the harmones in the milk too.
I also liked the Netflix documentary movie on Meat, how much land it takes to raise one pound of meat.
Makes me want to go Vegetarian, for about 2 minutes.
Top

helping himself to another ear of corn from the steaming bowl

That's a great 1st time watch (and 2nd). Maybe check out The Ninth Gate with Depp if you liked it, it was along the same lines imo.
bht dual fw parallel midrive
"time flies like an arrow, and fruit flies like a banana"-Anthony Oettinger
Top

Close but no cigar, Oops did I imply you smoked cigars......my bad

helping himself to another ear of corn from the steaming bowl. "I'm sure that in time, every bit of her will be gone, and her death will be a mystery... even to me."

What an attitude lol.

Ut oh, you calling me old?

We have a failure to communicate I used when I was the boss. But when a boss was being an a hole, I'd say "Taking it off boss?"' Implying I was working on a chain gang.
Frankenbike longtail
http://endless-sphere.com/forums/viewto ... cing+betty.

Just a short, but what do you think might happen to you if you wind up with the big lottery winner in your hand. Will you make it to cash it in?

I just watched this movie, Old, 7k budget, sci fi.
I was shocked at how good it was, It had one scene tho where they were soldering transistors or something and the solder wasnt melting.. like the iron was not hot..

But hey was overall really good I though, never heard of it until the other day, goes for like hour and 20 mins or something
http://www.imdb.com/title/tt0390384/?ref_=fn_al_tt_1

Both of those look XCELLENT man!

I'm here today to give nod to The Truman Show and Dark City, both of which I saw a long time ago, and have recently been reminded of their similarities and possible relevance to an interesting topic, based on some documentaries I've been watching. It might be big enough for a thread.

Edit//Hell, why not. http://endless-sphere.com/forums/viewto ... =1&t=71417
bht dual fw parallel midrive
"time flies like an arrow, and fruit flies like a banana"-Anthony Oettinger
Top

They are both good, Similar to that movie recently called enemy i think, the one with jake gillenhal or what ever his name is and he has a double.
I think they are better tho.


I just watched the movie Seven Psychopaths, I thought it was pretty good, Got to my emotions.
Top

OK. Weird I know, but a film you actually have to go out to watch in theaters! (Gasp!) Currently playing here/there the film "Bikes vs Cars". The website:
http://www.bikes-vs-cars.com/

(Possibly not exactly as illustrated.) 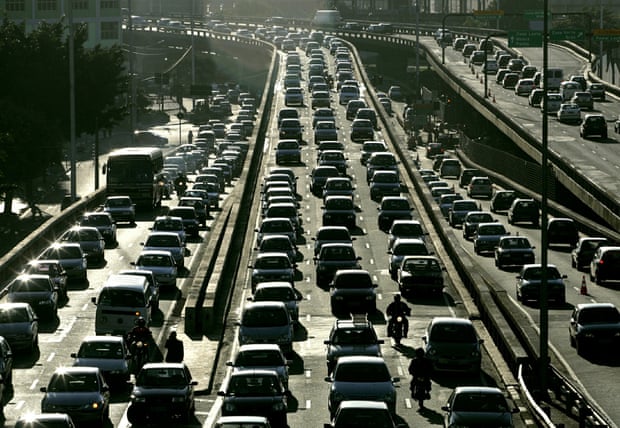 ES changed my life (for the waaaaay better).

Joined yer local chapter of EA yet?
(Ebikers Anonymous - Where we're all miserable failures, but the parties are hilarious...)
Top

Got a chance to check out 'coherence' nechaus. I recommend it too. Went in with no expectations, and it kept me very entertained. Thanks.

It's not the highest of production values, but the subject matter and acting is great imo.
Double slit/shrodinger's cat

If you found this advice helpful, supporting contributions are accepted here.

Bug, tucker and dale vs evil, rubber, and the best movie ever made hands down kung fun hustle!

"A homicidal car tire, discovering it has destructive psionic power, sets its sights on a desert town once a mysterious woman becomes its obsession.":also "tucker & Dale are on vacation at their dilapidated mountain cabin when they are attacked by a group of preppy college kids." But the best bang for your buck is the free on you tube story of Rikki. Possibly the greatest Chinese kung fun propaganda film about the dangers of a free market prison system ever made.
e-bikekit 50v 9.2ah cellman pack
Top

The most important reason to me to see this is that t was made with more than 250 volunteers using the free Blender software. Too bad I could never get 250 free volunteers, eh? If they'd only had a decent script, it's fairly well done for a nickel and dime budget. But I think if I'd had that kind of help I could have made a better version of the one below it.

What is it in movies that makes you think " oh yeah that's b grade"
Is it the camera, or the editing, Not using all the fancy camera peripherals.
or a combination of things including frame rate, colour, contrast .. ?

may seem like a stupid question but I have been curious about this for some time, maybe its just me and my weirdness.
Top

Well, I'll start with what B movie REALLY meant, at least originally. As someone who studied Film/TV in community college, Cal State, even UCLA, that really relates.

The name B movie came about when there was a really active producer at one of the studios whose last name started with 'B.' Couldn't find his name online. If he didn't make it, it wasn't a B movie. He'd use the old sets and costumes from other movies, he'd bring in actors whose stars were falling but were still well known who hoped this would start a comeback. He'd even give cameos to almost forgotten stars of yesteryear, which proved quite popular. Fan service was the name of the game. The budgets were smaller than usual, but they were released as being the same as films costing 5 times as much, at times they could be the top grossers.

Now, on to what eventually evolved. People think of B movies as being without A list actors. Perhaps that's where A list came from. What I will say is to be a B movie, it has to be made with the intent of fan service ahead of making a good movie. A young girl from Fullerton went to Hollywood and had supporting roles in a bunch of movies where she got naked. Major controversy in her family, being the daughter of a preacher/leader of the congregation. She was in films with names like 'Hard Bodies.' Without having seen any of these films or hearing any more titles, are you thinking of B movies?

Roger Corman and American International Pictures had this strategy of giving the theaters posters for films where the only work done on the idea is the poster. When the audiences asked when 'The Day the World Ended' was coming out, they knew that was one they needed to make. The only thing they knew was what the monster looked like, because they'd included the head on the poster. The finished film was cheesy, it was different, it was everything the audience had hoped for. Pure fan service.

What do you think? Is the movie below the purest of fan service? Those 4 women at the top that look like they're not wearing anything: Do you think they forgot to go to wardrobe at least once during shooting? Are you thinking B movie?

Oh well I dunno then.

I just cant explain it, the only thing I can really describe is like the frame rate is typically slightly faster maybe, I'm probably wrong.
It is like a distinct look. Not quite home video but something is different to those mega bucks films.